Some guy from NZ with a strange desire to put random, useless, weird stuff on the intarwebs.

Rough start to the day, but I'm doing it. Starting work at 6am, getting up at 4:30am, is hard, but I'm slowly adjusting to it.

How are you doing?

Auckland can be pretty 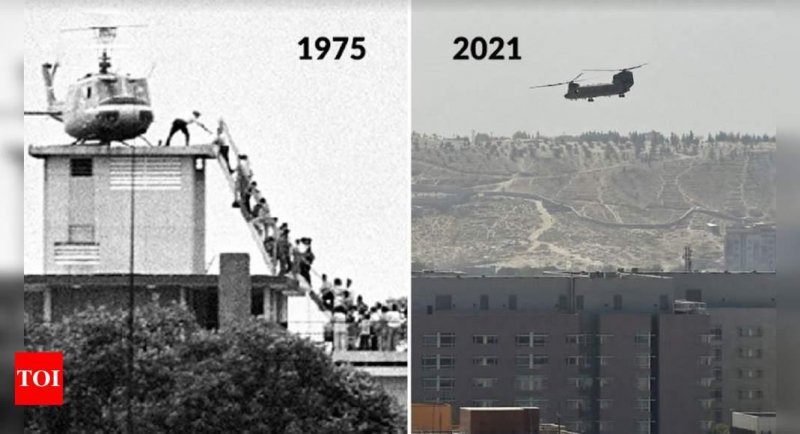 If he wants to take credit for the successes, he also gets credit for the failure. Biden lost Kabul. This failure, and the deaths it brings, are on Biden's shoulders.

Well done, Biden. You successfully managed to repeat the Fall of Saigon, even after your predecessors managed to hold the Taliban off AND seriously fuck it up all at the same time. Takes a special kind of incompetence to take credit for "ending the war" and then managing to watch your enemy sweep through and retake the country in a matter of days.

PM doesn't have the cojones to do it though

I think it's about time the PM admitted that her little effort to try and get Mallard in line by giving him the Speaker position when even his own constituents didn't want him any more has failed. The man has been sucking of the teet of the public coffers since the early 1980s, and his behaviour has never been exemplary. But his behaviour in regards to the claims he made that a staffer was a rapist, proven to be false in court, are just too much. The fact that Mallard is now using the Privilege of the house to make the same accusations the tax payer has already had to pay restitution for, is beyond a joke.

As the NZHerald describes it...

Prime Minister Jacinda Ardern has given House Speaker Trevor Mallard a very public dressing down, saying his conduct in the House last night was "totally inappropriate".

But she stopped short of heeding National and Act's call to sack Mallard as she said resignations would not resolve the underlying issues which led to last night's debate.

She said the blame lay with everyone who participated in the session – "no one, last night, covered themselves in glory".

Last night, Mallard used the legal immunity of parliamentary privilege to claim that a worker – who he apologised to for falsely accused of rape – committed sexual assault.

His rape claim previously led to a defamation payout of more than $300,000 to the worker.

The scenes in the House last night were rare, as Mallard was acting in his capacity as Minister of Parliamentary Services, and he was not chairing the session.

Totally inappropriate? That's it? The man has a history of pushing the limits. He's already been put in front of a judge for making this same claim in the past. The tax payer had to fund his legal costs, and then had to pay out the damages that were awarded against him.

But this was only "inappropriate" and not worth sacking him or asking for his resignation.

Our Prime Minister has shown once again that she doesn't have any leadership qualities. The best she can offer is a hug and a tear. A sympathetic look as you give her your sob story. But when she has to actually front up and deal with real issues, she's completely lacking. Mallard should not only be sacked, he should be censured at the very least. He should be required to make a public withdrawal of his comments, and an apology to the man he has once again accused of sexual assault. An accusation a court has already found to be complete defamation.

Mallard was one of the Clark Government's attack dogs. He was openly and proudly the bully when in Opposition during the Key years. He relished the ability to make comments across the house without being held accountable for them. That has never changed. He has no ability to control his mouth. That much is clear.

This is enough. If the PM isn't willing to take a stand and fire this man, then she's completely failed as any sort of a leader. Hopefully the public finally see that and start to push back and make her hold her ministers accountable.

Today is going to be a massive day. Time to face some consequences of my poor lifestyle choices.

Chauvin Guilty on ALL Counts

Justice, or fear of riots?

So this morning the jury returned a Guilty verdict on all counts against Chauvin. I strongly believe that this is does not represent the truth, nor does it represent the actual evidence presented in this case.

There is no doubt the jury witnessed the riots after last week's latest shooting by a police officer. No doubt they were most keenly aware of the scrutiny and the threats of violence if the verdict was anything other than guilty. I have no doubt they were aware of the threats made against witnesses that testified on behalf of the Defense. They will have seen their city boarded up preparing for their verdict. They will have known the State declared a state of emergency.

So they decided that the safest course of action would be to provide a guilty verdict and walk away.

Chauvin has the right to appeal. I just hope he lives long enough to be able to see the appeal to it's conclusion.

If you're a police officer in the US, what incentive do you have left to continue working in that role? I fully expect we will see a lot more police officers quit or "retire." If an officer can be found guilty of 2nd Degree Murder in the course of doing his job, using the skills he was trained to use, then no officer is safe.

I hold the Media and the Democrats accountable for this. The media for whipping up a storm and actively encouraging the riots... Sorry, "peaceful protests." And the Democrats, especially Maxine Waters, for blatantly calling for more violence if they didn't get their way.

So the Minister of Immigration has announced that the NZ Government will extend their "temporary" powers implemented due to the pandemic.

“Over the past year, we have had to make rapid decisions to vary visa conditions, extend expiry dates, and waive some application requirements across entire visa categories. These decisions have provided more flexibility and certainty to visa holders and employers in New Zealand, and made more migrants available for industries facing labour shortages in a time when New Zealand’s Covid-19 health response needed our borders to be closed,” said Kris Faafoi.

“We have been able to make these necessary changes under the Immigration (COVID-19 Response) Amendment Bill, which expires in May 2021.

“Today, I have introduced a Bill to maintain those powers until 2023.

“The Bill will go through a short Select Committee process and is expected to pass in May.”

What the minister is failing to point out is that these extended powers have allowed the government to force everyone entering the country to spend time in what essentially amounts to a prison. Unless you're a famous Australian performance group that creates content targetted to children about the same age as the Prime Ministers child.

Ok, that's cynical of me. But by the same token, it really feels like this Government is really loving having the powers they have and they're going to do everything they can to keep these "temporary" powers. Unfortunately, because the country put them in power at the last election, without the need for a coalition partner, they're able to do anything they like without any sort of checks and balances.

The government of any nation should ALWAYS be subservient to the people. But it seems like *every* government is using the pandemic as a means to take more power for themselves, and implement restrictions and limitations on the people they're supposed to be working FOR. The entire "Covid Passport" is a really good example of this.

I agree with the Greens. NO! to US weapons satellites launched from NZ soil

I never thought I'd say this, but I actually agree with the NZ Green Party about something related to science and technology.

“I want to stand in support of Mahia locals and peace advocates for speaking up about Mahia being used as a Launchpad by the US Military”, says Green Party spokesperson for Security and Intelligence Teanau Tuiono.

“We support the call to suspend the granting of licences for space-launch activities on behalf of US military agencies and to reverse the Gunsmoke-J permit which is scheduled to be part of the next Rocket Lab launch.

“Gunsmoke-J belongs to the US Army’s Space and Missile Defence Command (SMDC) and is designed to improve US missile targeting capabilities during combat.

“The Government has a moral responsibility to make sure technologies sent into orbit by New Zealand companies from New Zealand soil do not assist other countries' armies to wage war.

I agree. One of the things that has kept NZ relatively safe in the past few decades, is our committment to only peaceful missons. Our entire involvement in the Gulf Wars, East Timor, the Solomon Islands, Afghanistan, was in engineering or peace keeping tasks. New Zealand is well known as a non-combative country. Kind of like the Switzerland of the Pacific. By allowing the US to use a New Zealand company to launch US military satellites from NZ soil, we endanger that.

I am fully aware of our Five Eyes commitments. However, I do not believe that our agreement to share intelligence also require us to let foreign military organisations put weapons satellites into orbit from our soveriegn territories.

Unfortunately the NZ population doesn't have any way to say no to this. The current Government is comprised of a party that can unilaterally make these kinds of decisions without needing the buy in from any other party. This is why no single party should EVER have an outright mandate and should always be in a position where they *must* be part of a coalition to form a government in NZ.